Added by Nathan Woodrow about 10 years ago. Updated over 3 years ago.

Curved labels don't seem to like wrapping around 90 degree corners. See images for examples and an example from MapServer that is the correct behavior. 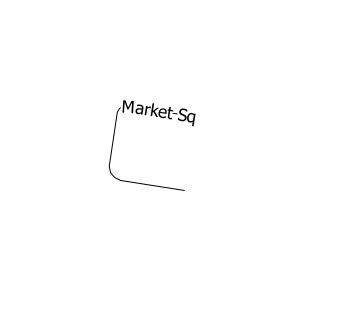 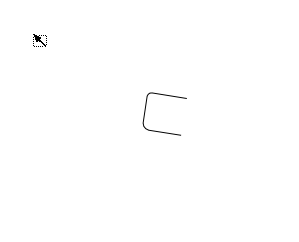 MapServer with correct label wrapping at 1:10000 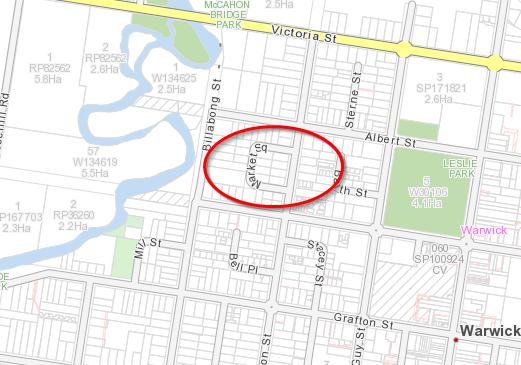 There's a constant (max_char_angle_delta in src/core/pal/feature.h) that limits the maximum angle difference allowed between two characters. Currently it is not exposed to outside world (although it could be) and the allowed difference is set to 20 degrees - this is to avoid ugly labels for lines that quickly change direction.

Since there is now letter and word spacing for curved labels, I think exposing that option, at layer and maybe data defined levels, is be a good idea. Are you working on it? If not, I think I have time today to do it (home from work with a bad cold).

I have implemented this in a feature branch at my forked repo:

Currently, it works with angles from 20-90 degrees, but that doesn't work quite right, yet. I think what it needs is the splitting of LabelInfo's max_char_angle_delta into inside and outside angles and angle_delta in feature.cpp adjusted to allow larger angles for outside than for inside.

Reason: in Nathan's example, having a 90 degree outside bend allows the label to wrap around feature, like desired, but the same 90 degree setting (at the layer level) will cause very poor-looking inside angle collisions between chars. In my quick visual testing, it looks like a max of 45-60 for inside and maybe just over 90 for outside angles would work well.

I will try adding splitting the inside/outside now. Any other ideas would be appreciated.

When using these new curved label angle adjustments coupled with reasonable amounts of letter and word spacing, it dramatically increases the number of available candidates. See attachments for comparisons.

Settings used in comparisons
Text in map units, letter and word spacing of 10 map units, inside delta angle of 40 and outside of 70.

This doesn't mean all labels are readily legible and look nice. :^) This stems from PAL's curved label character placements currently being built without any feature simplification (as noted in #6200) or any post character-chain averaging. I think the latter is probably fairly straightforward to do, and would make the majority of high-delta angle labels look better. See curved-chars_averaging.png (only one candidate for clarity).

Averaging could possibly happen while the chain of characters is being built, or after. Basically, when any inside (and maybe some outside) high-delta angle overlaps occur, the related characters are rotated away from the overlap by 1/4 of the delta angle about the center of their bases (green dots in attachment). This would allow legibility to increase, but at the cost of slight misalignment of placement to feature. So, I think it should be optional, not automatic, with a user-defined percentage or min delta to trigger averaging. Since the individual characters are separate labels, it is possible to store the adjusted delta angle (and new x/y label origin point) without affecting the built character chain, allowing subsequent letters to stay 'on track' with original placement solution.

The averaging would be a bit more difficult to perform (or would be skipped) if there were character runs greater than 2 or 3 with overlaps. This means that averaging should probably occur after the full character chain is built.

Any opinions on that type of character averaging, or another approach (besides feature simplification), would be greatly appreciated.

Note: the above commit addresses the wrapping issue, but not the alignment of the label (i.e., have the label centered on the middle point of the line, by default, like with MapServer). Even with one candidate the label tends toward the edge of the line (something similar has been reported in other issues). See Selection_011.png

Updated by Alister Hood about 10 years ago

Note: the above commit addresses the wrapping issue, but not the alignment of the label (i.e., have the label centered on the middle point of the line, by default, like with MapServer). Even with one candidate the label tends toward the edge of the line (something similar has been reported in other issues). See Selection_011.png

Which isn't necessarily a bad thing. In some cases it may be preferable for the label to be in the middle of the line, but in other cases it is preferable for it to be on the straightest part of the line, or on the most horizontal of the parts of the line which are relatively straight for a length longer than the label, or something complicated like that ;)

Updated by Giovanni Manghi over 3 years ago