This RFC describes design and implementation of new generation symbology for rendering of vector layers in QGIS. The RFC consists of a brief description of vector rendering capabilities (at time of v1.0), its design, its shortcomings and finally a proposed solution.

In 1.0 version, users are able to apply the following properties for different feature types: Symbols are then used by renderers: The rendering itself is done in QgsVectorLayer::draw() method. The features are fetched one by one from provider and rendered:

This section summarizes limitations of current implementation for production of high-quality maps that need bigger amount of customization, including examples: There are two essential limitations which are solved with the new design:

This section summarizes key concepts of the new symbology implementation.

Symbols consist of one or more symbol layers.

When rendering a symbol, an appropriate render*() method is called to draw it. Before the first call to render method, symbol has to be initialized by calling startRender() method. Finally, stopRender() method has to be called when rendering is done. All these calls are delegated to symbol layers contained in the symbol.

The actual rendering is implemented in symbol layers - classes derived from Qgs***SymbolLayer. These layer types will be available:

Symbol layers are usually implemented with a function returning a widget (derived from QWidget) for setting symbol layer properties. Symbol layers that won't implement it won't be customizable from GUI.

Color ramps are used for defining a range of colors that can be used during creation of renderers - symbol's color will be set from the color ramp.

There are two types of color ramps: 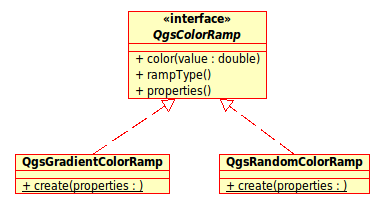 Style groups a set of various symbols and color ramps (in future more items can be added, e.g. font setting).

User can define his own prefered / frequently used symbols, then he will be able to use them without having to recreate them everytime.

Style items (symbols and color ramps) have always a name by which they can be queried from the style.

There will be one default style in QGIS (modifiable), user will have the possibility to add new styles.

Styles are stored in an XML file with well-defined structure. This is an example of line symbol composed from two layers:

Renderer is responsible for drawing a feature with correct symbol. There are three types:

There is no continuous color renderer because it is in fact only a special case of graduated renderer.

Categorized and graduated renderer can be created by specifying a symbol and color ramp - they will set colors for symbols appropriately.

Renderer settings dialog (will be embedded in vector layer properties, in symbology tab) 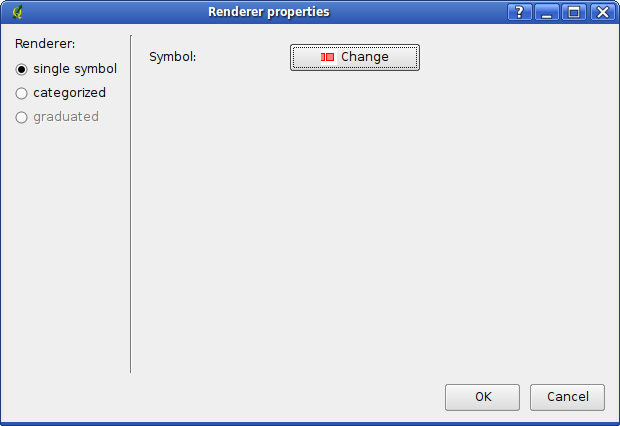 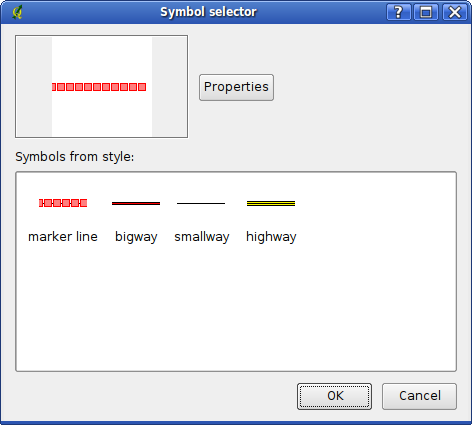 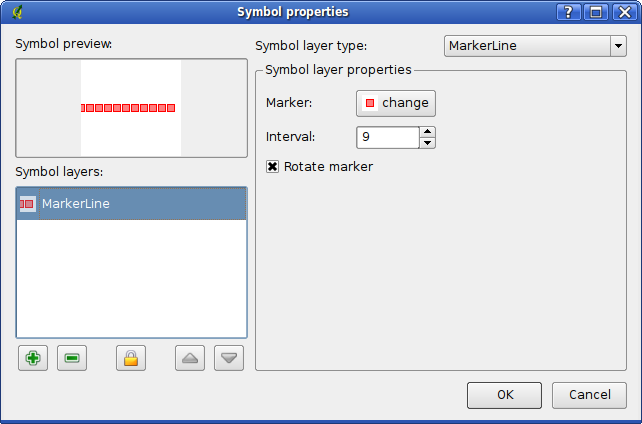 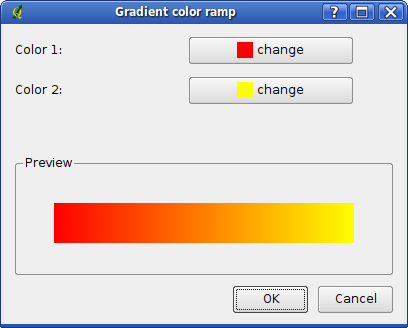 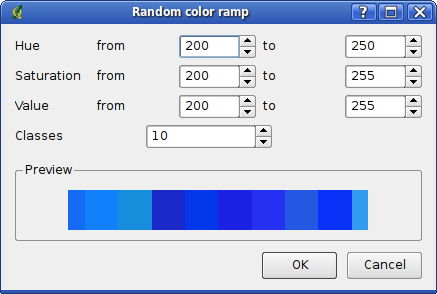 Style manager - overview of symbols and color ramps available in a style, allows to add and remove items 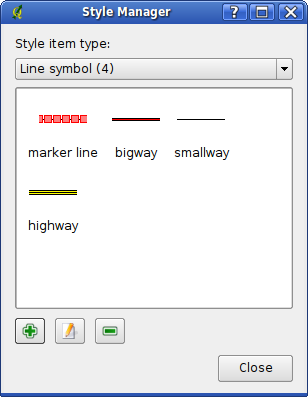 The described proposal has been implemented as a python plugin, you can get it from my repository:

Because of backward compatibility in 1.x series it's not possible to replace original classes with new ones with different interfaces and semantics. New implementation will exist side by side with original implementation. New classes will have a suffix (or prefix) added for better distinction, e.g. QgsSymbolV2. In version 2.0 old classes can be removed completely and the new ones will be renamed.

The work can be divided into three phases: